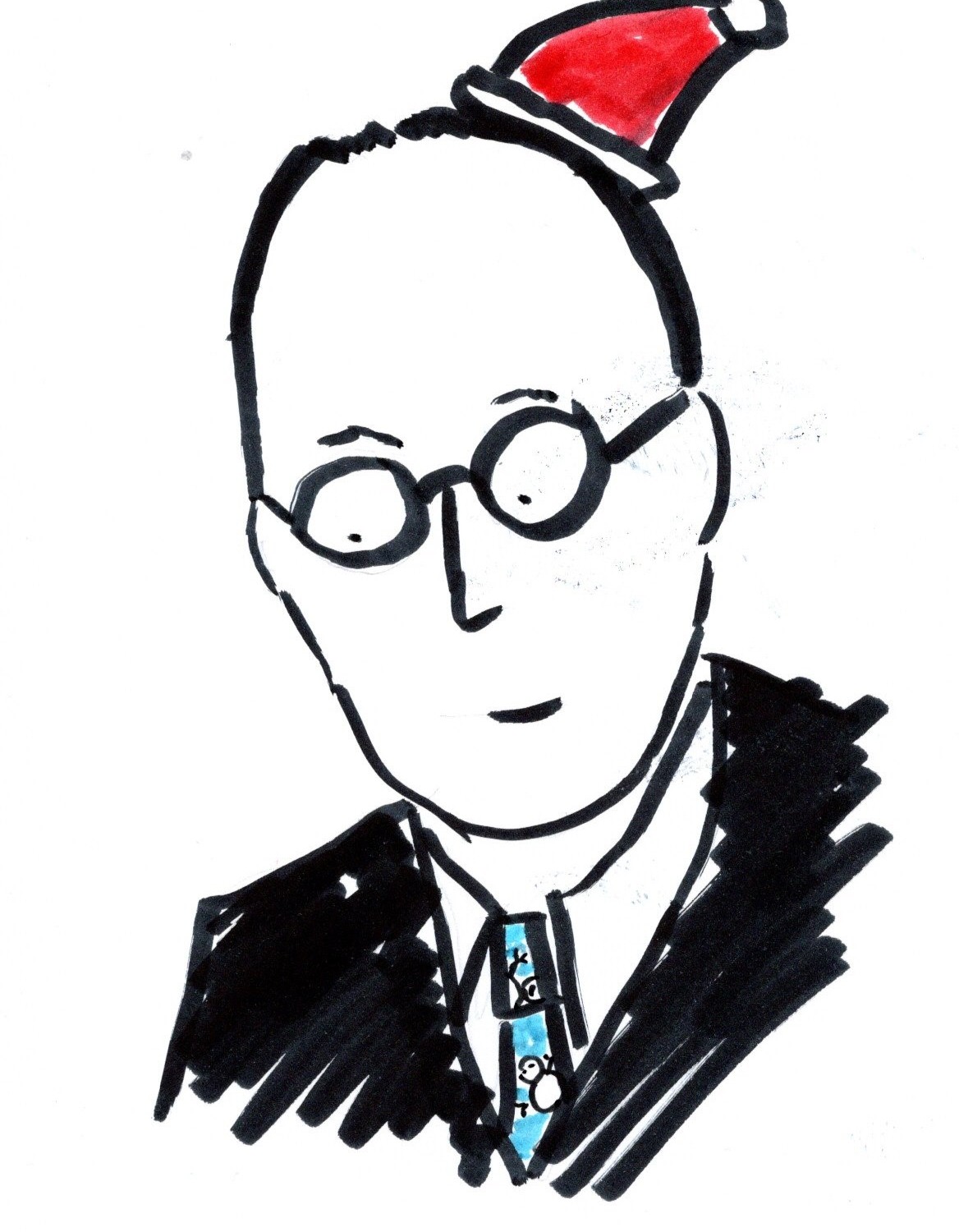 In what will probably become an annual festive tradition as beloved of eating the entire contents of one of those plastic trays full of really salty pretzels while watching that episode of Dad’s Army where they help with the harvest for the two hundredth time, I have asked four of this year’s Best Music Recommender in the World competitors to write about a Christmas song. Today, Dave Hartley explores his own inner turmoil and the expanse of time to the soothing sounds of Prokofiev…

I’m thinking about those fuckers of the future, those archaeologists of the Anthropocene, who will reconfigure a user from some latent digital cloud-print, resurrect them into an approved entity, all chrome and floaty, and ask, hand on quantum hearts, what exactly was it like, Christmas 2020? Were you happy?

They’ll have all our histories captured and preserved for instant access, but the one thing they’ll lack, as historians always lack, is that true sense of how we all felt, what we were actually thinking. It’s a fool’s game, impossible to pin down. Many of us take great pains to attempt to articulate such things, but we are always doomed to fall short because we, as a people, have not yet got our act together. We are global and we are local, and we haven’t yet squared that circle. That’s what those cocks of the coming days will need to remember; we were a scattershot species, incoherent and incohesive. 2020 exposed our ultimate irony: despite all our modern and postmodern and posthuman advances, and all our incredible worldly learnings, we were utterly inept at curtailing a paltry bit of perky flu. When it all boils down, we did not know how to nip a bud. Our resurrected Everyborg might have to cycle through the parlance of the day and ping out an It’s Complicated or a cheery WTF? while shrugging their shiny shoulders. ¯\_(ツ)_/¯

It might just be better to offer a bit of music, because music is the closest thing we’ve ever had to real magic. It’s not an unreasonable hope that those hellish henceforth historians will have maintained the love of a damn good tune, so if I were the Everyborg I would proffer them Prokofiev’s ‘Troika’ from the Lieutenant Kijé suite and say; let’s just stick this on, lads, it’s as good as it gets, Christmas-wise. And before they roll their eyes and ask each other, whose this fancy wanker, giving us classical?, I’d be like; hold your horses, there’s a reason.

I’ve never had a bad Christmas, and 2020 won’t be a bad Christmas by the looks of things. I’ll mostly stay in and eat, or read, or play games, and no doubt I’ll be seeing out this strange and terrible year from a disgusting among of relative comfort. So: I can’t complain. But I do still have this nagging distaste for the yuletide, a feeling that bubbled up at some point in my mid-twenties and never fails to resurface. Without any real cause or trauma, I just became frustrated by the sheer weight of it all, the inevitability of it, the way it completely overrides everything else and places many people under an enormous emotional strain that is entirely unnecessary.

I think this all peaked when I worked for a bookshop that opened a temporary outlet store in the Lowry Shopping Centre in Salford. I would be rota-ed on and would often be there alone, manning the worst book stock in existence (peak celeb biographies), absolutely freezing because the heating didn’t work, and having to withstand endless loops of ALL the Christmas music. ALL OF IT. So, when Ben asked me to champion a piece of Christmas music for this blog, I was snapped back into that place, pricing up Meerkat dolls while Elton John insisted on stepping into Christmas for the eighteen-billionth time.

Sure, there are Christmas songs that are OK, and many of the traditional carols are fine, even quite pleasant. But I fail to feel any kind of special connection with any of them, old, new, or timeless. They are just a miasma of noise, sometimes fun but mostly irritating as hell. There was one moment during this Scrooge period, however, that came out of nowhere and lifted my gloomy spirits. I had a second job, as an usher at Manchester’s Bridgewater Hall, where I would rip ticket stubs, sell ice-creams, and stand for long hours by massive doors doing absolutely nothing. But often I would be inside the auditorium itself, as a reassuring presence for the elderly audience, which meant I got to see the Halle orchestra play pretty much all the classics without ever paying a penny.

And this one time they did a Christmas concert and Prokofiev’s ‘Troika’ was on the bill. It is not technically a Christmas song, composed as it was for the 1934 film Lieutenant Kijé, but ever since Greg Lake used the melody in his otherwise mawkish ‘I Believe in Father Christmas’ it has been a firm fixture of yuletide fair. And usually it trips along gently in the background, a jolly little tune with a nice energy that tends to lodge in the head for a while before ‘Santa Baby’ steamrolls it away. But when the Halle played it that year, I was floored. It was like they’d channelled some otherworldly power. The sound was enormous, the energy of the pizzicato strings riveting, the drive of the piece utterly bombarding. It was an upswell of ancient sound, Lovecraftian and godlike, a few minutes of perfect completeness. I’m no musician so I can’t pull it apart, except to say it was a hadouken of music and I was shattered by it.

And so, to those bastards of a billion-years hence I’ll just say that, I’ll say; there was this one time, right… That’s as much as I can offer. We are lifting the lockdown for a few days over Christmas because, apparently, Christmas is more important than life itself. We haven’t squared the circle; we haven’t nipped the buds. I’m still freezing my tits off in the Lowry Outlet Mall staring at hardcover Katie Price and Ronan Keating, and I’m still standing in the Upper Gallery of the Bridgewater Hall having my soul ripped to shreds by aural wizardry, so I have no answer to your question, shithouses of the still-to-come, because 2020 was utterly inconceivable. Merry new year, ye cads, may it be a better one.