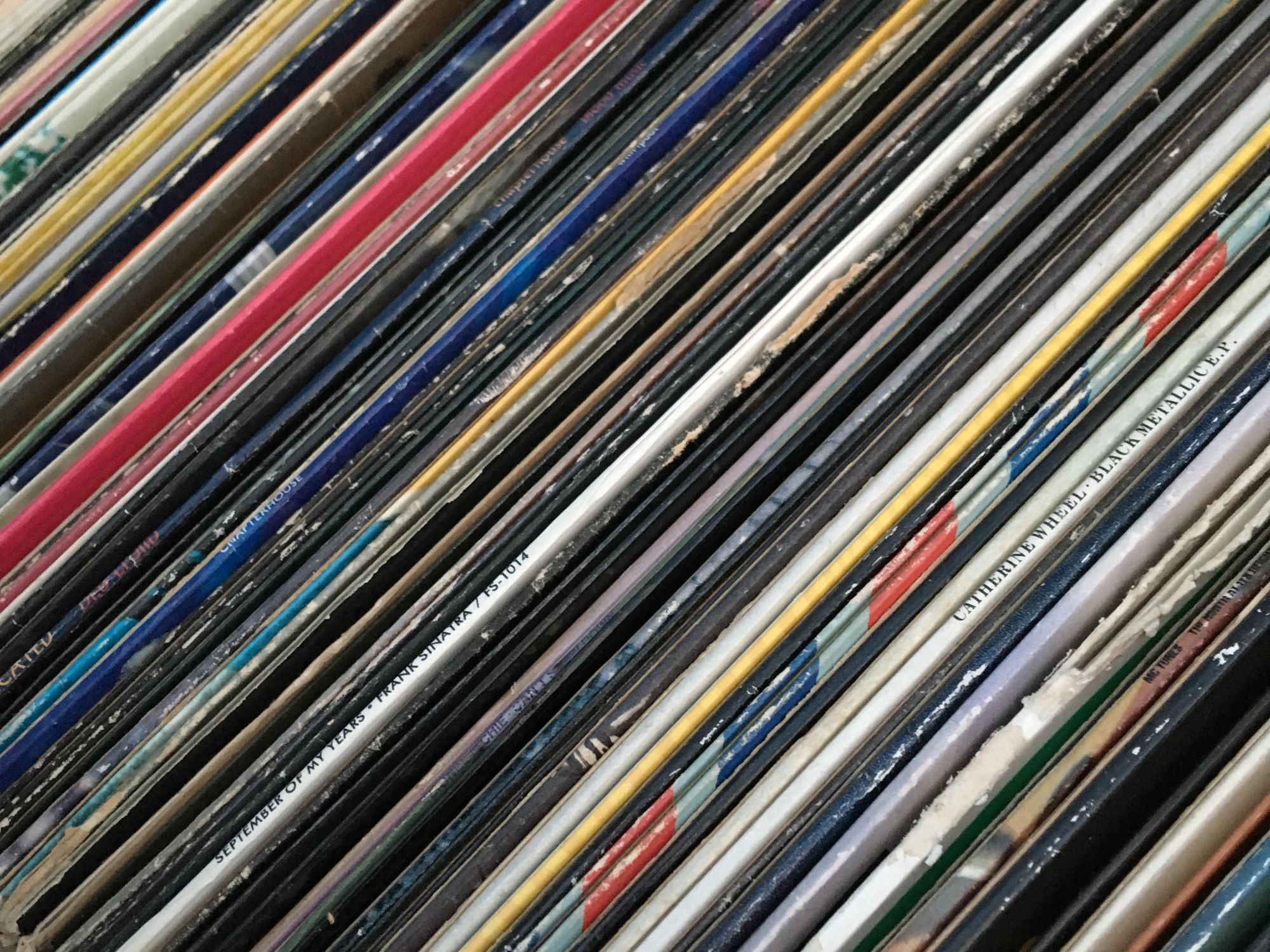 William Mallin – The Best Music Recommender in the World 2020

My favourite album of the year is Owen Pallett’s Island. This was released in June – when I was going through an immensely busy period with work and at the height of my COVID-19 frustration. The album – recorded with The London Contemporary Orchestra – is an incredibly dense and moving work of an art and successfully took me away from the anxieties of the time, for which I will always be grateful!

While it may have just missed out on the top prize in our recent Album of the Year Tournament on Picky Bastards, nobody will convince that there was a better album than Phoebe Bridgers’s Punisher released in 2020.

I was definitely excited for this release. I had absolutely adored her 2017 debut Stranger in the Alps. But nothing prepared me for the evolution of her sound and the deepening of the meanings in her  music; Punisher, from the muddy opening of ‘Garden Song’ to the cathartic scream that closes ‘I Know The End’ is an absolutely masterclass in songwriting and a clear indication that Phoebe is going to be a star for years to come.

It’s weird for me to see my own AOTY also performing so well in all the end of year polls from critics. Usually, I’m happy to see my pick get a mention near the bottom of someone’s top 50. But this has been a year made for Phoebe’s focus on isolation, her dreams of escape, and her musings on the apocalypse. I doubt there’s an album more suited to the last 12 months and she deserves all the recognition that is being heaped upon her.

For me, though, despite all the increased attention and the prizes and awards, the thing that stands out about Punisher is the way it feels like it has been written about you, to you, and for you. For an album so full of sadness it is an absolute joy.

So when Benjamin asked me for my album of the year I figured that was easy enough, but then I got to thinking does the world really need another person extolling the virtues of ‘Folklore’, probably not. If at the arse end of the year of our lord 2020 you’re still not on board the Taylor train then heaven help you as almost certainly I can’t.

So what instead? Weirdly despite it being the year in which I’ve been to both zero concerts and effectively left the music industry I probably haven’t bought or listened to as much new music in years most of which by artists who fall into the cracks between such spurious genres as Occult Folk, Dungeon Synth, Haunted Pier Shanties and Post-Nuclear Wave.

Which is great until you remember most of it was released solely on runs of 50 lime green cassettes and much as I’d love to recommending something like Heimat Der Katastrophe’s ‘Milano: Difesa Anti​-Atomica’, the soundtrack to a bankrupt Italian TV stations 1980s documentary on what would happen if Milan got nuked, feels almost as self-serving as bringing it up here does.

So in the end I’ve settled on ‘Madrigals’ by Heinali, the musical alter-ego of Oleg Shpudeiko, a Ukrainian composer and sound-artist. Comprised of just 4 tracks in total, you could be forgiven for saying it’s not really an album but it does clock in at under 40 minutes or just under one side of a C90 which equals album in my books.

At this point I’m just going to quote a big bunch of text from the release itself as it does better than I could ever hope to explain WHAT it is… “‘Madrigals’ is the result of a two-year-long exploration into generative counterpoint in modular synthesis. Inspired by Heinali’s love of the polyphonic compositional style of the late Middle Ages and Renaissance, the album employs historical acoustic instruments such as the theorbo lute and the baroque alto viola alongside Heinali’s mastery of notoriously complex generative synth systems.”

So yeah, heady, probably almost certainly, pompous stuff. But it is also a work of absolute stunning beauty. Opener ‘Rondine’ feels like some otherworldly orchestra warming up, at times discordant and complex, at others simple and mesmerisingly lovely. At its heart is a crystalline synth that sparkles like fresh morning dew caught on a spider’s web reflecting and refracting the first of the sun’s rays. As that meanders and evolves, violins join in, swelling into grandiose walls of sound before retreating back into almost what could be snatches of folk melodies played on plucked strings as the synthesiser reasserts itself and plays us out. All in all 11 minutes well spent.

Track 2 ‘Beatrice’ feels more like a sonic tapestry, a great sea of drones and tones out of which individual instruments, mainly violin (or viola perhaps), occasionally surface to take a great gulp of air before diving back into this primordial musical soup to be swept up in the overall compositions currents as great, dark leviathans drift by in the inky blackness.

‘Giardino’ brings back that gorgeous sounding, almost certainly modular, synth and again spirals into infinity as the viola meanders through it and what, going from the above description, I suspect is a lute plucks away in a remarkably non-hey nonny nonny manner. Lovely as it is though it merely serves as an appetiser for possibly the most astonishing piece of music that I’ve heard in 2020, ‘Vita Nova’.

All good albums save the best for last, even 4 track ones, and ‘Madrigals’ is no different. Built around the, by now, familiar synth sound that hits at the kind of frequencies that you don’t just hear but feel like an icy finger poking into your spongey brain matter, ‘Vita Nova’ is like watching a fractal expand, a continuous development of a theme that eerily drifts out of the speaker to wrap itself around your head and swaddle you in a hypnotic, luminous, lambent haze.

Lie back, close your eyes and let it overwhelm you. And for at least the first 5 minutes it’s like lucid dreaming, a trans-dimensional passport to some non-Euclidian reality. Then just when you think that it’s a very good but by no means ridonkulously amazing ambient track, the kind 2020 has been lousy with things step up a gear.

At exactly 5:20 the timbre changes, just as you’ve dropped down (or up) several levels of consciousness the synth takes on a dramatic new hue. More urgent, more disturbing, more beautiful, even more designed to bypass your ears and head straight for your brainwaves.

Over the next 6 minutes what was in the running to be one of the most floaty, ambient tracks from a vintage year for that kind of thing becomes something very, different. Something much deeper, both sonically and emotionally, something much darker, something much… faster.

Imagine a film where an AI starts to become self aware, slowly gathering its senses before suddenly opening itself and all its godlike powers up to every sensation, every byte of knowledge that exists in a great crushing wall of ever expanding, ever accelerating experience and that’s perhaps something like this.

There something interesting about incredibly fast music, a point where like the spokes of a car’s wheel when they appear to stop turning, and you pass into a kind of stasis. It’s discordant and disorientating and nothing like you expect, and occasionally I have to admit want, but my god it’s enervating.

It also can have fairly drastic physiological effects if listened to loud enough, in the dark, after consuming a large amount of psychedelics but then we’ve all been stuck bounded by the same 4 walls the past 12 months, if you haven’t spent some of that time booting the doors of perception down whilst listening to Middle Age inspired synthesizer music then what have you been doing with your pandemic.

So there we go, the best album of the year was almost certainly ‘Folklore’ but the album that I’d love you to spend some very strange time with is Heinali’s ‘Madrigals’, turn out the lights, treat yourself to something illegal (or just a good few cocktails), bathe in it’s maximalist beauty and wash away the stains on your soul that 2020 has accrued.