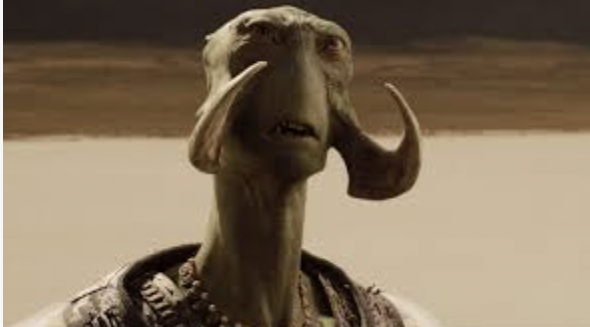 Every Wednesday, I revisit a film that I have strong memories of watching, to see how well my memories of it hold up to scrutiny, and whether the film is as good (or as bad) as I remember.

Occasionally, the early buzz around a film is so terrible that it starts to draw bad reviews toward it like sharks drawn to a floating corpse. More accurately, the act of reviewing the film becomes more of a competition to see who can come up with the funniest hatchet job and less a process of evaluating a film’s worth.

Which isn’t a complaint by the way. Far from it. A critic savaging a movie can be a very entertaining read. And I consider a high budget movie with a collection of one star reviews a promise of something, if not exactly good, but interesting. It can be fascinating to watch something that fell apart in the making. There are joys in a bad script or a hammy performance or in terrible special effects that your competent, sturdy, two-and-a-half-to-three stars action film can never hope to offer.

I saw John Carter at the cinema because it got such bad reviews. I was intrigued. And you know what? After a pretty ropey first twenty minutes, I thought it was quite good actually.

I haven’t seen the film since then. A lot has happened in that decade, to me, and to blockbuster cinema. And to the critical reputation of John Carter which has moved from a tentative ‘terrible’ to a firm ‘average’. I wasn’t expecting a classic, but I was confident that a lot of the affection I felt for it the first time around would remain.

I want to say that John Carter was a fun way to spend two hours but it wasn’t. It’s a bit dull. There’s a chance that my expectations were so low in 2012 that anything better than the worst film ever made was a pleasant surprise. Or maybe I’ve become more sophisticated over the years? It doesn’t seem very likely but you never know. Or maybe I just hit the pic n mix too hard during the trailers? That’s definitely possible. I couldn’t say for sure. I didn’t keep a diary. We need to accept that the facts of that day are lost to history.

But as I say, John Carter is dull.

Most of the film’s problems (such as having to make nonsense science at least slightly believable, the unnecessarily complicated political situation of the fictional Mars, the source material already having been mined of all the good stuff by several very successful science fiction film franchises, having a Confederate army captain as your hero) stem from trying to develop a crappy book and that would have been obvious at the development phase and should have pushed the makers of the film to move towards making a different movie. Just do a space movie. It isn’t as if the phrase ‘from the imagination of Edgar Rice Burroughs’ is going to pack the cinemas with millions of his loyal fans. Nowadays, his name is as closely associated with his racist belief in eugenics as it is his fiction. And even his most enduring creation, Tarzan, has fallen almost completely out of fashion because, as a civilisation, we have slowly realised that it is fucking garbage.

One of the things that George Lucas and Steven Spielberg did so well in films like Star Wars and Indiana Jones was to take the serials and pulp novels of the first half of the last century as an influence but to only use the parts of them that were suited their own era. They borrowed, adapted, changed, added a large part of themselves and created something new. In contrast, John Carter feels like an attempt to recreate the past using modern technology. What you end up with is a relic that doesn’t belong in the present, or any specific part of the past. That feels more dated than something like Flash Gordon even as it spends tens of millions of dollars on CGI Martians. You can’t take it seriously.

I spent most of the film trying to work out whether Dominic West was hopelessly miscast or if his performance sticks out because he is the only person involved in the making of the film who realised that the only legitimate way to approach the source material is with your tongue firmly in your cheek. Either way, he is the only person who seems to be enjoying himself during the film so good luck to him, yeah? At least he’s happy, which is more than I can say for myself.

So, how good was my memory?

In what increasingly seems to be a pattern, my memory wasn’t very reliable.

And how good is the film?

It is neither good or remarkably bad. It is, in a word, unmemorable. To the point that I spent a week thinking, “I really must watch the second half of John Carter so I can see how it ends and finish writing about it,” before I realised I had watched the whole film in one sitting.